happy holidays all!
hopefully this late transmission finds you warming your belly with a nice drink, surrounded by friends and or family. it’s been a hell of a year around these parts. vinyl is finally catching on in a big way and has really changed things around the shop; changed it into something we’re all really proud to be a part of. where we have been going with the shop and where our customers needed us to be are finally converging into something really great. it probably helps that this year was really great for releases as well, both new and reissues. i think this is partly because the industry itself has started to shift to suit our needs even better, with more vinyl reissues of really great stuff that is just impossible to find. of course though, it doesn’t really matter what we do, or the industry does, if we didn’t have your support, we’d be nothing, and for that, we can’t thank you enough. so here’s to all of you! thanks for a great year, we are looking forward to another great one!
so i end the year with two lists, possibly the longest i’ve ever offered up, one of new releases and one of reissues… alphabetically. it’s hard enough just to pick a few, let alone rank them. my favorite is which ever is on at the moment. 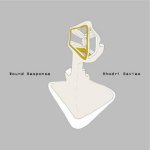 sorry, no sample… also totally out of print.