hard to believe that it’s the end of september… yet here we are, a month into the school year and i’m already exhausted. and to make matters worse (?) this weekend i’ll be down at the edmonton music collectors show slinging vinyl all day. and just to make it worth your while i’ve been saving some nice used stuff from the last month or so… yay!

also don’t forget, we are hiring right now! someone for part-time (mainly weekend shifts although weekday availability is a bonus) please drop off your resume along with top ten albums of 2012, all time, and top ten beers, or something else interesting. we hope to be starting this new staff member in mid october so get on it! 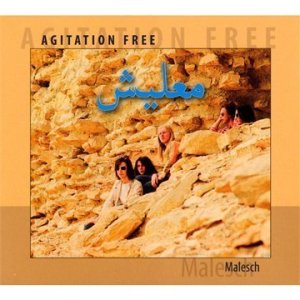 *agitation free – malesch – made in germany – lp
– hot damn! their debut, pensive and relaxed. a masterpiece, originally released on vertigo in 1972. “not willing to compromise, and heavily into the avant-garde (many members studied with the influential thomas kessler) it took a long while until agitation free got an album out. by that time they had developed a cosmic styled rock with a strong ethnic element. although in the spirit of ash ra temple and pink floyd, they had their own individual identity, with a largely improvised music that was predominantly instrumental, featuring lots of electronics, keyboards and dual guitars, and a great flair for invention. malesch documents their trip to north africa and the middle east, blending location recordings together with their own compositions and improvisations, and is still quite a unique experience even today, combining cosmic, avant-garde and ethnic musics with great invention.” — the crack in the cosmic egg. hopefully there is much more vinyl on the way from this label…