yeesh… despite the weather, a whack of stuff showed up today, and more tomorrow. but more importantly, if you haven’t heard, we’ve got a special treat for you this week…. on sunday bry webb of the constantines is opening for feist, and before that show, he’s coming down and playing a free in-store at 2 pm! so get yer ass down here on sunday and show bry some love! 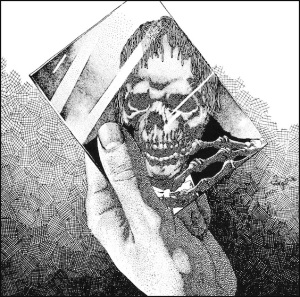 *oneohtrix point never – replica – software – lp/cd
– finally! been super stoked for this since hearing about it coming out, as i loved his last album, returnal.. “replica is an electronic song cycle based around audio procured from tv ad compilations. these sample-based meditations are as lyrical as they are ecological, featuring re-purposed ‘ghost vocals’ which serve as narration for lopatin’s signature amorphous, ambient passages. lopatin’s juno-60 is still prominent, but returnal’s placid, synthetic surroundings are accelerated through darker, more unpredictable terrains via lopatin’s use of samplers, analog filtering, tape-op, piano, plate reverb and sub-bass. the result is a heightened sense of music as part and parcel of an overall sonic terrain.”

as always, thanks for reading….