hope you didn’t miss us too much. to make up for our little holiday break, there’s a TON of new wax in this week, and while on holidays i bought a nice little collection of classic vintage vinyl as well. i’ve got a small list of stuff below to give you an idea what i’ve got here for ya…

since this is the first real news letter in 3 weeks, i guess it’s ok that i’ve got 3 picks…

egisto macchi – voix – roundtable – lp
– italian avant-garde and film composer egisto macchi (1928-1992) produced a large and largely forgotten catalogue of astounding music during the 1960s and 1970s. at the crest of that incredible body of work stands voix – an lp of intense contrasts – haunting, dissonant choirs collide with dexterous musique concrete manipulations and other worldly soundscapes while guitars buzz and strings scrape violently. the world of voix is a frightening and beautiful place. there are echoes here of macchi’s friend and famous collaborator (in the avant composer’s collective ‘il gruppo di improvvisazione nuova consonanza’) ennio morricone, yet egisto macchi existed in a musical universe truly all his own, and the time for a reappraisal of this undiscovered cosmology has surely come. presented as an exact replica of the incredibly rare 1970 gemelli library lp, remastered from the original master tapes and complete with scholarly liner notes as an insert. some consider egisto macchi to be an unheralded genius…and here is more evidence. 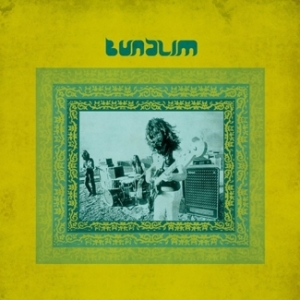 *bunalim – s/t – pharaway sound – lp
– super stoked to see this get a vinyl reissue… turkish band bunalim (turkish for “depression”) is a true legend: they were the absolute wildest and crudest band from the anatolian rock scene. under the wing of cem karaça, who was their manager and producer, they released a few singles which are all collected here. fierce turkish folk-flavored psychedelic fuzz-rock circa 1970-1972. remastered sound, including an insert with liner notes and pictures. 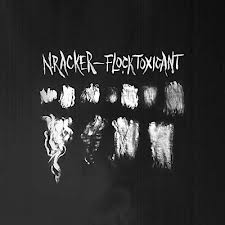 *n.racker – flock toxicant – pre-cert home entertainment – lp
– after delivering a limited edition cassette release that sold out in a couple of hours, n.racker unveils his vinyl debut for pre-cert home entertainment, a label run by demdike stare and andy votel. we’re not at liberty to divulge his real identity for fear of the pre-cert wrath, however, we can tell you he hasn’t previously appeared on the label; his roots reach further back into one of cottonopolis’ most cherished imprints. the sound he makes is full of rumbling gloom, misery and arcane folk mystery, think somewhere between sunn o))), the haxan cloak and morricone/gruppo di improvvisazione nuova consonanza — albeit with a distinctly northern english slant. the material on flock toxicant is based on an imagined alternative history of a sinister, pre-industrial pestilence among the ovine population and the people who work in wool processing, ending in complete devastation and dereliction. the atmosphere is chokingly heavy and nocturnal throughout, making use of self-constructed devices, antique electronics and altered acoustic contraptions made by the artist himself, designed to blacken every surface. you could think of it as a soundtrack to a low-rent steam-punk-sci-fi-horror, or just the latest in a line of immersive, conceptually-opaque transmissions from this ever-intriguing label.