Weird, I half expected at least one or two people to show up and bang on the door today and tell me I’m supposed to be open now. Maybe tomorrow. Anyway, although suppliers are opening back up, so many releases got pushed back or delays are further up the chain, there’s almost nothing new in this week. But that’s ok, there’s loads on our webshop for you to look at and buy so… GO!

As always, big thanks to everyone who’s been hitting up our webstore and placing orders! If you haven’t hit up the WEBSTORE, MAYBE YOU SHOULD! If you can’t figure out the site, or don’t like to use computers, you can always call the store and we can do an order over the phone. I’ll be at the shop 11-4 week days. Stay safe! 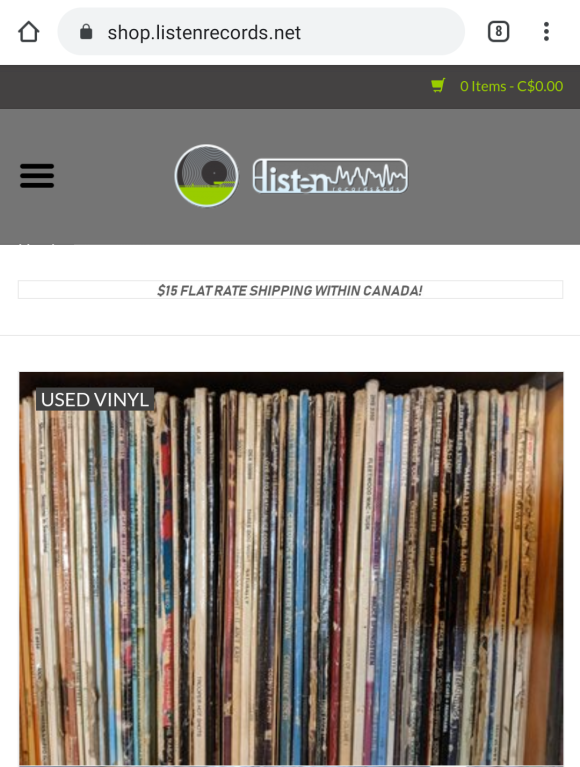 USED Records online!
This isn’t new, but we’re really trying to add a lot up here for y’all! Since you can’t come in and dig, we’re really trying to bring the store to you by adding fresh used stuff every day. And since so many people are stuck at home, it’s disappearing fast! Be sure to check daily to see what’s new. Around 4 pm we’re packing it in for the day, so it’s probably updated by then. Don’t see anything that tickles your fancy, look tomorrow, there’s always something different and new.

Behexen: Riturale Satanum (Debemur Morti) LP
2000’s Rituale Satanum is almost universally acclaimed as Behexen’s masterpiece, a record that belongs in every respected record collection truly dedicated to the original black art. A dark and possessed work of Satanic black metal in its darkest and purest form, Rituale Satanum is a quintessential explosion of unadulterated blasphemy, spewing forth intense and funerary riffs while sanctifying infectious, timeless melodies. Offering an insight into the netherworld, this album contributed in its own way to the legend of this sinister art form conceived by previous craftmasters Gorgoroth, Mayhem and Burzum. Rituale Satanum has continuously defied time to establish itself definitively as the standard for relentless malediction. Often abused and misused, the word ‘cult’ here reclaims its noble meaning. 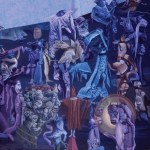 Cathedral: Return to the Forest (Rise Above) LP
Return to the Forest was recorded live in London on December 23, 2010, as part of Cathedral’s 20th Anniversary concert. For this event, the original line-up that recorded the milestone 1991 doom metal classic, Forest of Equilibrium, re-united for a one-off performance of the album. It was the one and only time this album has been performed live in its entirety, which was thankfully recorded onto multitrack and mixed by Jaime Gomez Arellano. The double album features exclusive artwork by long-time Cathedral collaborator and acclaimed artist, Dave Patchett. Now on colored vinyl 2LP from Rise Above

Fotocrime: South of Heaven (Profound Lore) LP
The new Fotocrime (the dark wave project of R. Patterson from acclaimed hardcore punk band Coliseum) full-length album South Of Heaven, the second full-length chapter in the project’s narrative, finds comfort on the fringe. This is the backlit highway slithering from 2018’s Principle Of Pain, which bowed at the altar of post-street punks Blitz while nodding at the megawatt gleam of Depeche Mode and churn of Red Lorry Yellow Lorry. The stories comprising this latest are winding and boundless, unfolding with unexpected paths and hairpin turns. Touching the myths of Saturn and Phaethon and mining the lives of Bruno Ganz and Francis Bacon, the album carves a landscape that spans both earthly and astral planes. It is a record for late night drives, a soundtrack for headlights illuminating the horizon. Produced by J. Robbins (Jawbox), with sessions recorded by legendary engineer Steve Albini (Shellac, Big Black, Nirvana) at Electrical Audio in Chicago, South Of Heaven features guest appearances by Hayden Menzies (Metz), Nick Thieneman (Young Widows), Janet Morgan (Channels), Erik Denno (Kerosene 454), and Rob Moran (Unbroken), and continues with a swim in the open wounds and spilt blood of heartbreak, a harp-tinged appeal for care and company, and a postmortem of derailed destinies. Crackling guitars and stutter-stepping synth make songs on here bona-fide grunge-wave burners.

Insect Ark: The Vanishing (Profound Lore) LP
Evoking visions of dripping and lurching horror films, outer space travel, and gritty noir textures, NYC-based instrumental band Insect Ark is led by founder Dana Schechter. Using delay-drenched lap steel, distorted bass and synths, and acoustic and electronic drums, the band’s music creates a sonic mural both uncomfortably intimate and icy cold. The follow-up to 2018’s Marrow Hymns, The Vanishing sees Schechter team up with drummer Andy Patterson (Subrosa), resulting in their most expansive, immersive, and intricately crafted album to date. Recorded and mixed by Colin Marston (Krallice, Dysrhythmia), the album flourishes through a sound canvas so immense and enveloping, cinematic and grandiose yet hypnotic, trance-inducing, and alluring, all at the same time. Bridging the gap between experimentation and song form, a heavy focus is on composition, but Insect Ark is not content to stay in the studio. It is very much a live experience, with emphasis on the live instrumentation of bass, lap steel, drums, and synths using intricate live analog looping techniques to achieve a monster “wall of sound” with only one or two people on stage, accompanied by mind-bending animated visuals – also made by Schechter, who works as a video artist in the film business – completes the live experience to envelop and crush the senses. Schechter has worked as a collaborator for studio / stage with Swans, Angels Of Light, Zeal & Ardor, Arabrot, Wrekmeister Harmonies, Gnaw, Bee and Flower, and Gifthorse. Starting in the spring of 2020, she will be joining Swans as a primary touring member of the band.

Warbringer: Weapons of Tomorrow (Napalm) LP
Weapons of Tomorrow is poised to be a new-age metal standard, thundering forward with modern influences while staying true to the unmistakable sound of Warbringer! The sixth studio album by the Californian thrash metal overlords will stir up the heavy metal scene with an impressive balancing act between power, heavy and the finest thrash metal. With insanely fast and brutal riffs, as soon as the dynamic, energetic opening track “Firepower Kills” begins, the listener is given a perfect impression as to where this beast of an album will lead them – crushing ears and minds from start to finish! With John Kevill’s powerful voice and the furious riffage and grooves of his band, Warbringer embarks on a new level of metal while never losing their old school-inspired roots.