Well… if you haven’t looked out a window today, maybe don’t? Annnnnnyway…. not a whole lot in this week, but after last week, we need a little reprieve, and time to save for next week……..

Earth: Full Upon Her Burning Lips (Sargent House) LP
With their latest album ‘Full Upon Her Burning Lips’, Earth have stripped away the layers and auxiliary instrumentation that embellished some of their previous records and have deconstructed their dynamic to the core duo of Dylan Carlson on guitar and bass and Adrienne Davies on drums and percussion. The ten tracks on ‘Full Upon Her Burning Lips’ came together in bits and pieces. Some songs stemmed from a handful of musical phrases and repeating patterns concocted in moments of downtime during their 2017 tour schedule, while others came from rehearsals in the months leading up to recording or in moments of divine inspiration in the studio. The record was engineered, mixed, and mastered by longtime associate Mell Dettmer at Studio Soli. Knowing their process and their sound, Dettmer helped harness, shape, and document the songs in a manner that highlights the depth of Earth’s sparse components, capturing a hidden dimension to the patterns and creating a kaleidoscope of auditory activity. 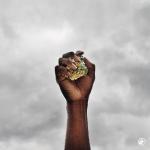 Comet is Coming: Prophecy (Leaf) LP
“In the sky will be seen a fire, dragging a tail of sparks…” Just as Nostradamus prophesised in his quatrains, The Comet Is Coming: “The great star for seven days will burn, the cloud will cause two suns to appear and the big mastiff all night will howl. End times are upon us people, but Danalogue The Conqueror, Betamax Killer and King Shabaka are here to spread light and joy and fire, for they are The Comet Is Coming. Five tracks of freewheeling psychedelia and honking jazz punk mayhem is your soundtrack. Strap in and lift-off to the dizzying “Neon Baby”. Slip down the helter skelter wormhole of “Star Exploding In Slow Motion” and wake up dazed on a verdant astral plane in time to”Do The Milky Way”. Moon-bathe in a sonic Sea of Tranquility that is “Cosmic Serpent” and comedown to the dark ambient state-of-the-universe address that is “Final Days Of The Apocalypse”. But most importantly: hit the floor and shake it like there”s no tomorrow Here is the universe in a microcosm; the life-force distilled down to its raw essence: sex and dancing. Sub-bass, slamming analogue, unhinged sax breaks. The rhythm of life. Armageddon is coming: what better way to spend it than letting our brave young voyagers take you on a topographical journey of a different bent?

Justin Townes Earle: Saint of Lost Causes (New West) LP
The Saint Of Lost Causes is the 8th album from American roots troubadour, Justin Townes Earle. Earle’s latest album finds a songwriter and artist who is unflinching and unequivocal in his truth. When writing this album, Earle focused on a different America—the disenfranchised and the downtrodden, the oppressed and the oppressors, the hopeful and the hopeless. There’s the drugstore-cowboy-turned-cop-killer praying for forgiveness (“Appalachian Nightmare”) and the common Michiganders persevering through economic and industrial devastation (“Flint City Shake It”); the stuck mother dreaming of a better life on the right side of the California tracks (“Over Alameda”) and the Cuban man in New York City weighed down by a world of regret (“Ahi Esta Mi Nina”); the “used up” soul desperate to get to New Orleans (“Ain’t Got No Money”) and the “sons of bitches” in West Virginia poisoning the land and sea (“Don’t Drink the Water”). These are individuals and communities in every corner of the country, struggling through the ordinary—and sometimes extraordinary—circumstances of everyday life. 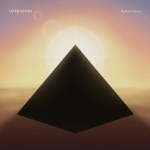 Operators: Radiant Dawn (Last Gang) LP
Operators is a Montreal based project created by Daniel Boeckner, (Wolf Parade, Handsome Furs, Divine Fits), Devojka, and Sam Brown (Divine Fits, New Bomb Turks). The band released an EP (EP1) in 2014, and released their first LP (Blue Wave) in 2016. Follow-up full-length, Radiant Dawn features 9-tracks which meld raw analog hardware with Boeckner’s distinct voice to create an immersive cinematic sound. Interspersed between the tracks are instrumental intertitles that amplify the album’s 1970s sci-fi dystopian feel. For fans of Boeckner’s catalog, Radiant Dawn feels like the next logical step in the artist’s two decade career, while maintaining a completely fresh energy Radiant Dawn was written and recorded throughout 2018 and early 2019 in Montreal and Vancouver Island. Arcade Fire’s Tim Kingsbury played bass and arranged the song “Low Life,” the album’s closing track. The LP was mixed by Wolf Parade’s Arlen Thompson, as well as up and coming Montreal engineer Napster Vertigo (who also produced the album). The album was mastered by the Lodge’s Emily Lazar (on the heels of her 2019 Grammy award win). 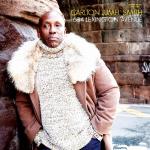 Carlton Jumel Smith: 1634 Lexington Avenue (Timmion) LP
After hitting hard in the soul circles with his deep Timmion debut single “I Can’t Love You No More” and following it with “This Is What Love Looks Like”, Carlton Jumel Smith is back at it with an album full of contemporary soul gold. The material mined here is none other than the vintage groove troves of classic 1970’s r&b, something the Cold Diamond & Mink crew brews up effortlessly. The songwriting and expression by Carlton carry strong echoes of Curtom productions, Memphis soul and naturally Motown. We’re talking about musical traditions he’s incorporated into his expression since witnessing James Brown at the Apollo as an 8-year old. Opening up with the dance floor ready testimony “Woman You Made Me”, Carlton sets the mood up good, whereas “Remember Me” delivers a devastating Chi-Town-styled group harmony groover. Fans of Menahan Street Band will get a kick out of the moody “Help Me (Save Me From Myself)”, which is followed by the beautiful deep “Ain’t That Love”, carried by an intimate folk guitar lick. The album’s b-side sequences the otherworldly shuffler “You Gonna Need Me” with Carlton’s rehash of his mid-Millennium release “I’d Better”, swapping its programmed modern soul for a more organic form. On his album Carlton Jumel Smith explores different shades of the golden era of soul music, and it would be hard to find anyone doing it as fresh in 2019. You know those front to back soul album classics you treasure in your collection? This will stand up with the best of them.