A rather lite week around these parts, what with the long weekend and well, ALL THE STUFF IN LAST WEEK! Anywho, still lots of tasty bits to stick in yer ears.

Also, a couple of real nice chaps who also happen to work here are playing a show and releasing some new tunes this Saturday (May 27th) at our friend’s barber shop. So, if you’d like to see Slates, Switches, and Tee Tahs at Barber Ha, you’re gonna need a ticket, and we’ve got em. $15, cash only. Get em while you can.

Slates: Summery (New Damage) LP
Hey! This guy showed up on Friday last week so it got missed in last weeks’ mailing, but that’s ok because now we can make it pick of the week! These guys are super dudes and their new album is super and you should go to their album release show this Saturday at Barber Ha…  Summery is the follow-up to SLATES’ buzzworthy 2013 release Taiga. Determined to capture the raw intensity and authenticity of their previous release, the band chose to once again record to analog tape with noted engineer Steve Albini (Nirvana, The Stooges). Heading back into the studio with Albini, this time at Edmonton’s Homestead Records, allowed both parties to settle very comfortably into their roles, with both knowing what to expect from the other. This familiarity allowed more room for spontaneity and experimentation to guide the sessions. The 11 new cuts on Summery see the band’s sound deepening, coloured by birth and death in the extended SLATES family. “Our latest record was recorded in the aftermath of some pretty sudden and bleak shit,” comments lyricist and vocalist James Stewart. “It was time to find a light in the storm, and to head towards it. ‘I’m ready for summer’ is the lyric that defines this record. I want to sing about life lived, and the love of those close to me, especially when facing loss and grief.”

Beatles: Sgt. Pepper’s Lonely Hearts Club Band: Anniversary Edition (Capitol) LP
In tomorrow… Sgt. Pepper is telling the band to play like never before: Sgt. Pepper’s Lonely Hearts Club Band, the watershed Beatles classic many consider the finest album in pop history, is celebrating its 50th anniversary in a big way. Newly mixed by Giles Martin and Sam Okell at Abbey Road Studios in stereo, the first LP is expanded and enhanced on this analog pressing with a second LP featuring previously unreleased complete takes of the album’s 13 songs, newly mixed in stereo and sequenced in the same order as the album. The audiophile-quality 180g vinyl LPs are presented in a faithful reproduction of the album’s original gatefold jacket. This is the first time Sgt. Pepper’s Lonely Hearts Club Band has been remixed and presented with additional session recordings, and it is the first Beatles album to be remixed and expanded since the 2003 release of Let It Be… Naked. To create the mixes for Sgt. Pepper, producer Martin and mix engineer Okell worked with an expert team of engineers and audio restoration specialists at Abbey Road Studios in London. All of the Anniversary Edition releases include Martin’s new stereo mix of the album sourced directly from the original four-track session tapes and guided by the original, Beatles-preferred mono mix produced by his father, George Martin. “50 years young, Sgt. Pepper’s Lonely Hearts Club Band killed The Beatles so that they might live, and unveiled a boundary-smashing philosophy that enriched all rock to come. In 2017 it is reborn, augmented by revelatory outtakes and a spectacular new stereo mix: two new reasons to turn-on and tune into the alpha and omega of albums.”
– Mojo, July 2017 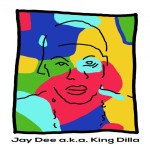 J Dilla: Jay Dee AKA King Dilla (Ne’astra Music) LP
In tomorrow… The mark that the late producer J Dilla left upon hip-hop during the 90s and early-to-mid 00s is undeniable. His work with De La Soul, Busta Rhymes, The Pharcyde, and of course Slum Village long been cemented his prominence in the annals of hip-hop history. Of the many words one can use to describe J Dilla’s legacy, one that’s not used enough is prolific. Dilla made beats constantly. So new Dilla compositions are still being discovered. One of the places where those works are still being unearthed is the archives of the Ne’Astra Music Group, who proudly present here 8 Dilla tracks previously unissued on vinyl. Dilla’s legacy continues to be shared and celebrated by today’s hip-hop audience – with help from the tireless efforts of Ne’Astra. 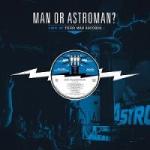 Man or Astroman: Live at Third Man (Third Man) LP
In tomorrow… On Record Store Day 2016 the aliens returned to earth after years of deep space hibernation and touched down with a perfect landing in the quiet parking lot of the Nashville Mission. Following Federation protocol, a scouting party was dispatched who bravely traversed a long cement tunnel with strange markings way back into the deepest reaches of Third Man Records, where they were to discover a martian landscape of sloping blue walls crafted of an unknown material, great beasts heads adorned the walls of this cave as though they were trophies, the entire cavern was bathed in a blue glow… the aliens, Man or Astroman?, climbed the steps of the platform in the south end of the cave AND PROCEEDED TO MELT EVERY FACE IN THE ROOM, culminating in an electrical display the likes unseen since the days of whispered about goings on at Shoreham NY way back in 1901. Man or Astroman? was recorded direct-to-acetate in Third Man Blue Room. This literally ELECTRIC performance is now available for you and future generations to enjoy on your home audio hifi systems and turntables. Buy one for yourself. Buy one for your children. Buy one and dig a deep time capsule and bury it for future civilizations to discover and corrupt THEIR youth.

Al Massrieen: Modern Music (Habibi) LP
In tomorrow… “Al Massrieen: Disco, funk and modernized Arabic pop from Egypt. In the beginning of Habibi Funk, our search was focused on vinyl records. Around a year ago though, we got to the point where we realized that it became substantially harder to discover music that we enjoyed and hadn’t heard before. It became apparent that it was time to start looking for other formats. Cassette tapes were the obvious alternative. These were introduced in the Arabic world around the late 1970s. In some countries they took over a bit earlier, in others a bit later, but eventually they pushed the vinyl format out of the market in the 1980s. In Egypt this trend already even started in the late 1970s. Al Massrieen was one of the first bands I learned about once I discovered the tape format for myself. They were really popular in Egypt in the 1970s and the more of their music I found on either tapes or Arabic pirate mp3 sites, the more I was becoming a fan. Only very few bands from the region can match the band’s versatility as well as their strive for innovation. Hany Shenoda is the man behind the Al Massrieen band. He is a renowned figure of the Egyptian music scene and has worked with everyone from Abdel Halim Hafez to Mohamed Mounir. Al Massrieen was his attempt to introduce his ideas of modernizing Egyptian music, heavily encouraged by Naguib Mahfouz (Egypt’s only winner of the Nobel Prize for literature) after discussing his ideas with him. Al Massrieen’s sound goes from lush disco like ‘Sah’ to psych rock like ‘Horreya’ or incredible jazz fused pop on songs such as ‘Edba Mn Gded’. I was shocked to realize the band seemed to be hardly known outside Egypt, even though I feel they’re at least on the same level as Ahmed Fakroun. A relative obscurity which I largely attribute to the fact that their releases never have been pressed on vinyl (apart from a Greece best of LP which wasn’t a strong compilation of the group’s songs). One way or another it felt like this band and especially their composer, band leader and overall brain Hany Shenoda was in need to get some recognition outside of Egypt. The release is fully licensed from the band and comes with an extensive booklet with liner notes, interviews and unseen photos.”

Mountain Goats: Goths (Merge) LP
In tomorrow… Vinyl cut at 45 RPM & packaged in gatefold jacket with full printed lyrics. Vinyl includes code for expanded download. Album illustration by Leela Corman John Darnielle (the Mountain Goats) is a New York Times Best-Selling author (Wolf in White Van & Universal Harvester) & a nominee for the National Book Award (Wolf in White Van). “The theme this time around is goth, a subject closer to my heart perhaps than that of any Mountain Goats album previous. And while John writes the songs, as he always has, it feels more than ever like he’s speaking for all of us in the band, erstwhile goths (raises hand) or otherwise, for these are songs that approach an identity most often associated with youth from a perspective that is inescapably adult. Anyone old enough to have had the experience of finding oneself at sea in a cultural landscape that’s suddenly indecipherable will empathize with Pat Travers showing up to a Bauhaus show looking to jam, for example. But underneath the outward humor, there is evident throughout a real tenderness toward, and solidarity with, our former fellow travelers—the friends whose bands never made it out of Fender’s Ballroom, the Gene Loves Jezebels of the world—the ones whose gothic paths were overtaken by the realities of life, or of its opposite. It’s something we talk about a lot, how fortunate and grateful we are to share this work, a career that’s become something more rewarding and fulfilling than I think any of us could have imagined. We all know how easily it could’ve gone the other way, and indeed for a long time did.” – Peter Hughes, February 2017, Charlotte, NC

Oxbow: Thin Black Duke (Hydrahead) LP
In tomorrow… First studio album in over 10 years! Over the 30 years of Oxbow’s operations, no one has come comfortably close to classifying the Bay Area group. This could arguably be the result of Oxbow’s ongoing evolution, but accurately describing any particular phase of the groups’ seven-album career is no easier than describing the broader metamorphic arc of their creative path. This is especially true with their seventh album Thin Black Duke , where Oxbow’s elusive brand of harmonic unrest has absorbed the ornate and ostentatious palate of baroque pop into their sound, pushing their polarized dynamics into a scope that spans between sublime and completely unnerving. This is new musical territory for all parties involved. The album was engineered and co-produced by Joe Chiccarelli (Beck, My Morning Jacket, Etta james, etc).

Skatalites: Independence Ska & The Far East Sound (Soul Jazz) LP
The Skatalites were the definitive Jamaican group, who first came together in Kingston in the late 1950s and featured the acknowledged finest musicians in the country – Tommy McCook, Rolando Alphonso, Lester Sterling, Lloyd Brevett, Lloyd Knibb, Don Drummond, Jah Jerry Haynes, Jackie Mittoo, Johnny Moore and Jackie Opel. In 1963 they became the house band at Clement ‘Sir Cosxone’ Dodd’s newly opened Studio One at 13 Brentford Road. The group played on every song cut at the studio, backing the greatest singers of the day – Bob Marley & The Wailers, Ken Boothe, Toots and The Maytals – as well as recording some of the finest instrumental music ever made under their own name. Here is a selection of some of their finest and hardest-to-find cuts made at Studio One between 1963-65. The album was originally released as a collectors 7-inch box set (now deleted) and is now available for the first time as a double LP edition complete with 10 extra bonus tracks and new extensive sleeve notes.