Well, this is the first of what I am willing to guess will be many slim lists over the summer. Still some plenty of stuff in the bins and new used hitting the shelves every day. Come for a dig. 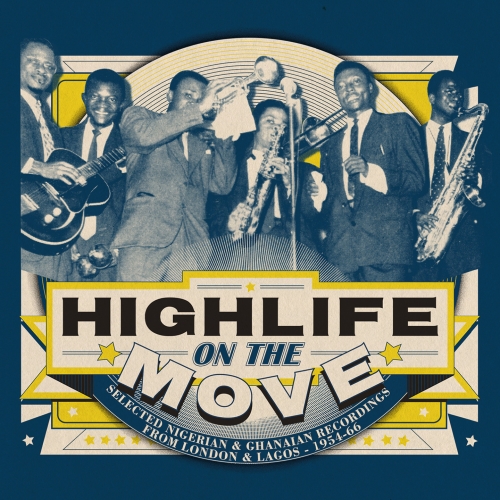 Various: Highlife on the Move (Soundway) 3LP/2CD
In conjunction with compiler and highlife researcher Dr. Markus Coester, Soundway Records present a very special release. Double CD & triple 180g gatefold vinyl (with a bonus 7 inch). This 45 includes the two first ever recordings by a certain Fela Ransome Kuti with his band The Highlife Rakers. Recorded by Melodisc in London in 1960 both tracks have been unearthed after more than fifty years in hiding. In many ways this compilation is a prequel of sorts to Soundway’s groundbreaking Nigeria & Ghana Special compilations, telling the early story of modern highlife’s foundation & formulation. It traces the music from West Africa to London, adding elements of jazz, mambo and calypso along the way and paving the way for the afro sounds of the 1970s. Accompanied by a 44 page CD booklet and 12 page vinyl booklet, the notes by Dr. Coester include rare photographs, labels and advert reproductions alongside some stunning and very rare recordings.

Tyondai Braxton: Hive1 (Nonesuch) LP
Nonesuch releases HIVE1, the label debut from Tyondai Braxton. Written and recorded throughout 2013 and 2014, the recording comprises eight pieces that were originally conceived for a performance work called HIVE that debuted at New York’s Guggenheim Museum in 2013. Following its New York premiere, HIVE was performed at the Sydney Opera House, the MONA FOMA festival in Tasmania, and London’s Barbican Centre as part of Nonesuch’s 50th anniversary celebration. The piece was created as a live multimedia work that was part architectural installation and part ensemble performance with five musicians sitting cross-legged atop their own space-age oval pods. Designed by Danish architect Uffe Surland Van Tams, each pod was programmed to complete the sonic mood of the piece with ever-changing LED light emitting through its perforated wooden walls. The piece derived its name, as Braxton told London’s Guardian, because “there’s a very social aspect to what’s happening in this project. Technologically speaking, the performers of the piece are very connected together.” Praised by the Washington Post as “one of the most acclaimed experimental musicians of the last decade,” Braxton has been writing and performing music under his own name and collaboratively, under various group titles, since the mid-1990s. He is the former frontman of experimental rock band Battles, whose debut album Mirrored was both a critical and commercial success. Since departing Battles in 2010, Braxton has focused on composing music for HIVE, as well as composing commissioned pieces for ensembles such as The Bang on a Can All Stars, Kronos Quartet, Alarm Will Sound, and Brooklyn Rider. In 2012, he collaborated with Philip Glass during the ATP I’ll Be Your Mirror festival. He has also performed his orchestral work Central Market with the Los Angeles Philharmonic, London Sinfonietta, BBC Symphony Orchestra, and New York’s Wordless Music Orchestra.

Coliseum:  Anxiety’s Kiss (Deathwish) LP
Founded by Louisville musician Ryan Patterson and including Kayhan Vaziri and Carter Wilson, power trio Coliseum have grown to become one of today’s quintessential contemporary punk bands. Successfully melding progressive musicianship, hardcore fervor, and vital social awareness into one constantly evolving artistic vision. Over the last decade Coliseum have released music on a host of labels including; Temporary Residence, Relapse, Level Plane, Auxiliary (Ryan’s own label), and Deathwish. Anxiety’s Kiss is the new album from Coliseum, recorded at The Magpie Cage by producer/engineer J. Robbins (Jawbox, Burning Airlines). Anxiety’s Kiss is a hook-laden maturation of the Coliseum sound. Nods to their early D-Beat leanings are there, but it is their willingness to embrace Post-Punk melody and explore the space between notes that make Anxiety’s Kiss so alluring. Confidently growing within the punk world, without ever leaving it behind. “We Are The Water” kicks things off with a synth-driven stomp while lyrically serving as a poignant social awakening and call for human empathy. Amidst a tangle and twang of melody, “Course Correction” and “Wrong/Goodbye” then emerge to tackle the ripe subjects of class division and police brutality. “Drums & Amplifiers” picks up pace, taking on those who reflect on their punk past rather than absorb the spirit that still charges the air around us. It’s not all social and subcultural commentary though. The dizzying “Dark Light Of Seduction” and sultry “Sharp Fangs, Pale Flesh” (where J. Robbins guests performing the BulBul Tarang) are darkly provocative narratives about the power of lust and love. In soul and tone, they both interject an emotional underbelly to it all. Robbins also adds bass on “Comedown,” an industrial-tinged romp led by Vaziri’s baritone guitar and Wilson’s booming toms. Coincidentally, it is also the first Coliseum song ever recorded to not feature Patterson on guitar. “Sunlight in a Snowstorm” is the band at their most melodic, with a snow-covered New York City as its lyrical backdrop. The high beam lit, cinematic noir of “Driver at Dusk” and infectious, fuzzed-out “Escape Yr Skull” lastly descend to close out the album. A flawless, yin and yang pairing that is Coliseum at the peak of their experimental and anthemic powers. 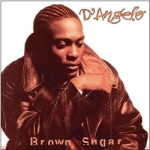 D’Angelo: Brown Sugar (Virgin) LP
In 1995, D’Angelo – born Michael Eugene Archer and Virginia-raised to a Pentecostal preacher father – made an undeniable impact on the music world with the release of his 4x Grammy Award nominated debut album Brown Sugar, ushering in a new and inescapable neo-soul sound with classic hits such as the album title track, “Lady,” “Cruisin,” and more. The multi-talented artist handled nearly all of the production, instrumentation, arrangements, songwriting and vocals on the acclaimed 10-track stunner and strategically positioned himself as the next Hendrix-like deity in black music, after Prince and Lenny Kravitz. In celebration of the 20 year anniversary of this classic album UMe will be reissuing it back on vinyl for this first time in almost 10 years, on limited edition colored vinyl!

Racontwoers: Live at Third Man (Third Man) LP
The Raconteurs are made up of four old friends. While Brendan Benson, Jack White, Patrick Keeler and Jack Lawrence have all known each other since meeting in the late ‘90s on the underground Detroit garage circuit, it took an unfinished lyric by Benson in the summer of 2004 for them to coalesce as a band. That lyric (“find yourself a girl/and settle down/live a simple live/in a quiet town”) once completed by White (“Steady as she goes”) while Lawrence and Keeler were nearby (ready to drop some serious bass and percussion backing respectively) was the birth of the Raconteurs. Their songs are perfect modern approximations of classic rock. On Record Store Day, April 17, 2010, Brendan Benson and Patrick Keeler along with Mark Watrous and Andrew Higley performed a re-worked set of Raconteurs songs in celebration of the re-release of Broken Boy Soldiers on LP at Third Man Records. 20 flight rock! 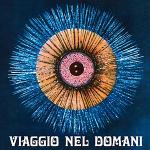 Ruscigan: Viaggio Nel Domani (Dagored) LP
A daring experimenter and former student of Karlheinz Stockhausen, Guido Baggiani aka Ruscigan collaborated with Piero Umiliani at Umiliani’s Soundworkshop Studios to create Viaggio Nel Domani, originally released in 1972. It still surprises the listener with its clarity of execution and sense of musical adventure. This first ever reissue is pressed on clear blue vinyl and limited to 500 copies.

Stark Reality: Roller Coaster Ride (Now Again) LP
Despite their relatively short career, the Stark Reality’s catalog is among the most celebrated and storied in the world of far-out psychedelic jazz in which they operated. Their album Roller Coaster Ride has long been one of the most sought-after pieces of their output, unavailable until it was issued by Now Again Records in 2003 as 1969. Roller Coaster Ride features the original six tracks restored and remastered from the original tapes, along with extensive liner notes and annotations by Egon of Now Again Music and legendary musician Ahmad Jamal, who released the band’s legendary album …Discovers Hoagy Carmichael’s Music Shop on his boutique label AJP Records in 1970. 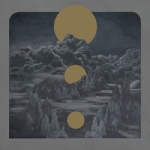 Yob: Clearing the Path to Ascend (Relapse) LP
Two years after leveling the expectations of critics and listeners alike with Atma, doom trio powerhouse Yob unleashes Clearing The Path To Ascend, an aptly titled album for what will undoubtedly be the crowning achievement for a band whose journey now nears two decades of creating music as commanding as it is cathartic. As is the Yob way, the tracks here don’t simply offer a vacuous glimpse into the already riff-soaked doom genre. These songs demand the tandem attention of mind, body, and soul – etching a mark across a sound that finds Yob as formidable and unequaled as they’ve ever been. True ascension requires a destruction of those barriers that prevent any movement forward. Unsurprisingly, Yob pummels any and all of these obstacles with absolute authority, clearing the way for a genuinely visceral listening experience and climbing upward into a realm that sets the band in a heavy metal place that has been and will always remain wholly their own. Yob’s music is not unlike the path that’s led them to their current place among heavy metal’s elite, slowly building from a hushed ethereal vapor into the thunderous and masterful tumult of sound domination. The ethereal mists of Eugene, Oregon no doubt provided the perfect catalyst for founding member and vocalist Mike Scheidt to call up the signature of surging doom that would soon come to garner Yob its current position as one of the most respected and revered bands in all of heavy metal. While giving due sonic credit to cornerstone influences such as Cathedral, Sleep, Electric Wizard, and Black Sabbath – Yob immediately set out to define a sound wholly singular and utterly devastating in its cathartic enormity, incomparable to any other music being created at the time. Those threads of progressive rock and drone that have always underscored the music of Yob are now fully realized with Clearing The Path To Ascend, as each track forges into the next with a ferocity that’s as completely unhinged as it is utterly focused. Drummer Travis Foster wields his signature rhythmic furor here with bombastic precision while bassist, Aaron Rieseberg, coils around the sonic tide with an unforgiving churn – all the while in a deadly synchronicity with Scheidt’s uncanny vocal range and its pendulous movement between the triumphant howls of a medieval madman and the earth splitting growls of a war-battered titan. With Clearing The Path To Ascend, Yob explores a thunderous dimension that’s familiar in its auditory clout but completely new in the execution of its trajectory, taking the band’s sound into a remarkable place as ethereally compelling in its aesthetic as it is merciless in the magnitude of its sound. LP includes download card for entire record.