Another light week around here for new arrivals, but that will be balanced out next week I promise. Loads of good stuff en route. But don’t let that stop you! Some top notch stuff in this week. Bent Wind is a hands down must have classic! This pressing was sold out before it even shipped, so don’t be left without! 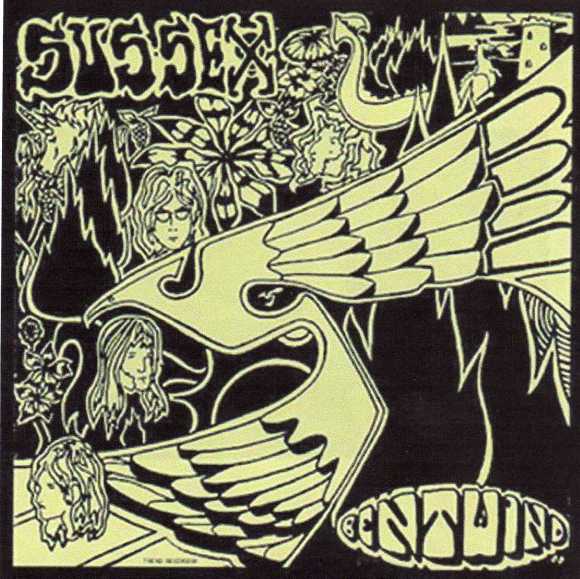 Bent Wind: Sussex (Ugly Pop) LP
“The Holy Grail of Canadian rock, this raw, murky slab of heavy psych was released by local indie label Trend in autumn 1970 and immediately sank without a trace. Over the decades, however, obsessive fans and collectors of the era’s unsung greats gradually came to recognize the obscure Toronto band’s genius, the now impossible-to-find original LP eventually trading hands for $5000+ plus in the rare vinyl market. After years of bootlegs, compact discs and pricey European pressings, this mythical Canadian LP is finally available at home in its intended format for the first time in 44 years.”

Greg Ashley: Another Generation of Slaves (Trouble in Mind) LP
Greg Ashley (lysergic psych band The Mirrors, & highly influential quartet The Gris Gris) is no stranger to recording. If his group output wasn’t enough, Ashley has peppered multiple solo albums in between all of these releases tracing along apath that veers to & fro from heady psychedelic freakouts to sensitive, folky tune-smithing. ‘Another Generation of Slaves’ is a bold step off that acid-soaked artery, the nine tunes herein are Ashley’s most directly poetic suite of songs both melodically & lyrically. Recorded in 2013 with a cadre of jazz musicians, the malleability of his players belies dizzying results, allowing Ashley to focus on communicating the feeling of the tunes in addition to playing them. Lyrically, Ashley has never been one to mince words, but the songs are almost joyously direct. The 1st vinyl edition is pressed on randomly mixed 150-gm vinyl, includes a printed inner sleeve with lyrics & a download code. All other pressings will be on basic black vinyl.

Philip Glass: The Photographer (Music on Vinyl) LP
The Photographer is a chamber opera by world renowned composer Philip Glass, first performed in 1982 at the Royal Palace in Amsterdam. The story revolves around the life and work of photographer Eadweard Muybridge, the 19th century pioneer in photographic studies of motion and motion-picture projection. The centerpiece of the story is the trial for Muybridge’s murder of the alleged real father of his child, an accusation Muybridge was indeed found guilty of. Remarkable outcome of the trial was that Muybridge received no punishment on the grounds of ‘justifiable homicide’. The Photographer is one of the works bridging the gap between Philip Glass’ earlier compositions up through Einstein on the Beach and his later pieces for more traditional instrumentation. The lyrics for the vocal parts were written by David Byrne (Talking Heads). Solo Violin: Paul Zukofsky. Conductor: Michael Riesman.

St. Vincent: s/t (Universal) LP/CD
It starts with the creation myth: St. Vincent, naked and alone in the wilderness, startled as the ominous rattle of a snake breaks the silence of her Eden. She realizes she’s not alone in the world and breaks into a run, headed towards the uncertainty of the future. It’s a lovely and appropriate metaphor to open St. Vincent’s self-titled fourth album, except that it literally happened. “It’s not a metaphor at all,” St. Vincent, aka Annie Clark, says of the album’s lead track, “Rattlesnake.” While visiting a friend’s west Texas ranch, she decided to strip away her clothes and fully enjoy the solitude that city life so rarely affords. “I went walking around this great expanse of land. There was no one around so I decided to take my clothes off and immerse myself in nature. I saw holes in the path, but did not put two-and-two together until I heard the rattle and caught a glimpse of the snake.” Clark’s been moving at a breakneck speed for the past two years, barely stopping to catch her breath amidst a whirlwind of recording and touring. In 2011 she released her third album, Strange Mercy, called “one of the year’s best” by the New York Times and “something to behold” by Pitchfork. The record cemented her status as one of her generation’s most fearsome and inventive guitarists, earned her the covers of SPIN, Paper, and Under the Radar, performances everywhere from the Metropolitan Museum of Art and Fallon to Letterman and Conan, and a year-long sold-out tour of her biggest venues to date around the world. She appeared on the hit IFC series Portlandia and graced the pages of Vogue’s coveted September issue. It was during this already monumentally busy time that she completed work with David Byrne on their collaborative album Love This Giant, another critical smash that was dubbed “marvelous” by the New Yorker and “magical” by NPR. Clark’s most gripping work to date, “Bring Me Your Loves” is a frenzied freakout, but even less frantic tracks like “Severed Crossed Fingers” still deliver her trademark blend of the beautiful and surreal. At the heart of all her music, though, lie larger questions about what it means to be human and the ways in which we seek to create meaning in our lives. Such is the music on St. Vincent: charming and alarming, gorgeous and morbid, comforting and uncanny. Four albums into one of music’s most compelling careers, Annie Clark is as “ambi-valent” as ever, and she’s not slowing down any time soon.

Thor’s Hammer: If You Knew (Ugly Pop) LP
“Best known to garage enthusiasts for ‘My Life’, their stellar contribution to the second Nuggets box, Thor’s Hammer was also responsible for an incredibly scarce 1966 EP that is easily among the toughest records of the era. Ugly Pop now presents this long-overdue LP, compiling 14 mid ’60s nuggets– the above mentioned monsters included– from these Icelandic garage legends, who seasoned their northern beat with some of the rawest, wildest fuzz-punk heard anywhere. Fully authorized high quality pressing licensed from SENA (Iceland).”