Wow, I think this may be a first, we have received nothing new this week. Sure, there are a few new releases in stock, Sigur Ros, Camera Obsura LP, etc, but those actually came in last Friday. I haven’t actually had to open a box all week. It’s very disorienting and has the idea of making this news letter rather perplexing. So I decided to do something different… a Listen Records guide to Sled Island for those of you headed down, OR for those of you who can’t go, like me, who’s records we’re recommend picking up…. 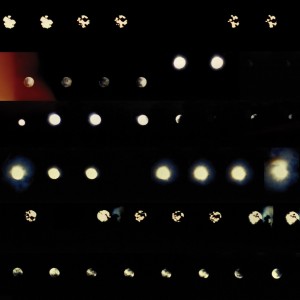 Jerusalem In My Heart: Mo7it Al-Mo7it (Constellation) LP
Hands down, this is probably who I was most interested in seeing, partly as the project is a multimedia experience, but alas, someone has to man the shop. “Jerusalem in My Heart (JIMH) has been a live audio-visual happening since 2005, with Montréal-based producer and musician Radwan Ghazi Moumneh at its core. Moumneh is a Lebanese national who has spent a large part of his adult life in Canada and has been a fixture of the Montréal independent music community from his early days as guitarist in various notable ’90s hardcore bands to his tireless activity as a sound engineer and producer over the last decade. With performances occurring one to three times per year, no two JIMH events have ever been the same, with Moumneh’s vocals and purposefully blown-out sonic sensibility as the single constant. JIMH has always been an immersive sonic and visual live experience; on the musical side, an evolving effort to forge a modern experimental Arabic music that weds melismatic singing in classical Arabic modes to electronic compositions with a punk-rock production sensibility. Mo7it Al-Mo7it, a unique and profoundly emotive album of contemporary Arabic music, captures and conveys all of this.” Sample it here!

Swans: The Seer (Young God) 3LP/2CD
The other big pick of the week, and last night they played something like a 3 hour set! “The Seer took 30 years to make. It’s the culmination of every previous Swans album as well as any other music I’ve ever made, been involved in, or imagined. But it’s unfinished, like the songs themselves. It’s one frame in a reel. The frames blur, blend and will eventually fade. The songs began on an acoustic guitar, then were fleshed out with (invaluable) help from my friends, then were further tortured and seduced in rehearsals, live, and in the studio, and now they await further cannibalism and force-feeding as we prepare to perform some of them live, at which point they’ll mutate further, endlessly, or perhaps be discarded for a while. Despite what you might have heard or presumed, my quest is to spread light and joy through the world. My friends in Swans are all stellar men. Without them I’m a kitten, an infant. Our goal is the same: ecstasy! —Michael Gira Sample it here!

Devin Friesen translates potent emotion directly into his meticulously crafted music, forging empyrean, sonorous parables that convey more than words ever could. Saturated in ambient noise, his drone-rich creations exist in a realm above and beyond, with only keen-edged feedback to jolt and ground you in his own pseudo-reality. Sample it here! 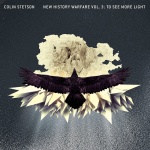 Colin Stetson: New History Warfare Vol 3: To See More Light (Constellation) 2LP
Colin stetson established himself as an intensely original solo composer and performer in 2011 with the release of the widely acclaimed New History Warfare Vol. 2: Judges. Judges ended up on countless year-end lists and emphatically proved that Stetson’s approach to solo saxophone transcends niche or genre; a unique and emotionally resonant instrumental music with influences as wide-ranging as jazz, metal, pop, soul, drone, industrial, minimalism, electro-acoustic and modern contemporary. Remarkably, stetson channels these manifold musical strains into a singularly identifiable and personal sound as a polyphonic soloist who doesn’t rely on looping/layering or multitrack/overdubs technologies. New History Warfare Vol. 3: To See More Light is the final installment in a trilogy of solo albums and is Stetson’s most ambitious song cycle to date, again recorded live in single takes with a wide array of microphone positions and again mixed by groundbreaking producer Ben Frost. Sample it here!

Field & Stream: s/t (Field & Stream) CS/CD
Remember lawn chairs and evergreen trees? Canoes and fishing poles and coolers of beer? Hotdogs that taste of Muskol? Science fiction novels in the sun? Whiskeyjacks eating toast off of your ball cap? Robots? Field & Stream find inspiration from all of these things. Stretching back to the heyday of intense darkness, minor chords and fuzz – Songs: Ohia, Pedro the Lion and the great Bonnie Prince Billy – all the people that music fans have loved for years. Field + Stream fit this bill. Not to be missed. Sample it here!

The Highest Order: If It’s Real (Idee Fixee) LP
Take the core members of alt-country’s One Hundred Dollars and hand them a bag of psychedelics. You now, more-or-less, have the sound of psych-country group Highest Order. Join them as their western guitar spirals in and out of the night with Simone Schmidt’s otherworldly vocals. Sample it here! 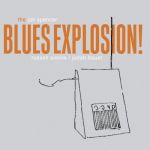 Jon Spencer Blues Explosion: Orange (Shove) LP
The scuzzy, punk-fueld post-modern rock n’ roll of Jon Spencer Blues Explosion is delivered via a live show so revelatory that it completely obliterates any questions pertaining to musical sincerity or appropriation. This is showmanship, musicianship and rock n’ roll leadership when it is needed most; a see it to believe it show if ever there was one. Sample it here!

Krang
Local space rock playing tonight in YEG before heading down to the Island! With space as the ultimate frontier, Krang have strapped in and are ready to explore the furthest reaches of our imagination. It’s not just bong hits and tabs of acid, though: Krang stretch their heavy psychedelia through expanses of desert rock, brooding blues and pounding stoner riffs. Blast off! Oh, and their upcoming full length is killer. Sample it here!

Lab Coast: Walking on Ayr (Mammoth Cave) CD
Calgary’s Lab Coast writes laid-back songs that sit well with a weary mind, taking full advantage of the aesthetic warmth that cassettes offer while tailoring their songs to live performance. Their songs are accessible and immediate, but not shallow or meaningless. Sample it here!

The Lad Mags: s/t (Lad Mags) 7″
The Lad Mags may be relatively new on the Edmonton scene, prowling the dive bars on Whyte Ave with a snarl and a swagger, but they’re absolutely electrifying. The quintet have wasted no time getting out of the basement jam space and into the clubs on the strength of their other-worldly, bizarro garage-soul transmissions. Sample it here! 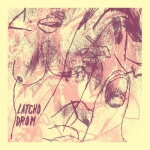 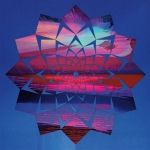 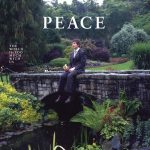 Peace: The World Is Too Much With Us (Suicide Squeeze) LP
Alongside their co-conspirators in Japandroids and White Lung, Peace are often referenced when making a case for strong Vancouver punk. In the wake of their latest release, and debut on Suicide Squeeze, The World Is Too Much With Us, it’s not hard to see why: latent drama bursts forth from the darkest, most absurd, corners of the record with post-punk angularity before bashing you over the head with their scuzzy, hypnotic style. Sample it here!

Shooting Guns: Born To Deal in Magic (Shooting Guns) LP/CD
Playing tonight in YEG with Krang before heading to Calgary! Hypnotic and measured, this doom metal five-piece are out to prove why their one of the more heralded acts out of Saskatoon. Instrumental anthems meander and rise through the smoke of dimly-lit caverns of psychedelia. Sample it here!

Thee Oh Sees: Floating Coffin (Castleface) LP
With their sold-out, still-talked about appearance at Sled Island 2011, the psych-tinged, Krautrock-inspired, San Francisco-based garage rockers cemented themselves as one of Calgary’s favourite live bands. In addition to multiple sets by one of the most prolific, challenging and rewarding rock bands today, Sled Island is overjoyed to announce Thee Oh Sees frontman, John Dwyer, as one of the guest curators for the 2013 edition of the festival. Sample it here!

Tim Hecker: Instrumental Tourist (with Daniel Lopatin) (Software) 2LP
Being hailed as the most significant ambient music artists since Brian Eno might daunt some, but Tim Hecker’s work stands up to the hype. The Montreal-based sound artist creates intense, multilayered soundscapes that exist at the nexus of melody and noise, chaos and order. Screaming loops of feedback, altered found-sound samples and shimmering keyboard textures bounce off one another. Distortion and echo generate eerie and surprising rhythms within a melancholy and almost spiritual envelope. Like the soundtrack to a half-remembered fever dream, Hecker’s work creates a meditative space where anxiety and comfort, tension and repetition, coexist. Sample it here!