We are getting close! RSD is just barely 2 weeks away! We’ve ordered a lot of stuff, so hopefully we actually get most of it, it’s always a real crap shoot… for updates on RSD check our Facebook event page.

Various: Escape From Synth City (Numero) LP
The first of ten incredible albums culled from the deepest, weirdest co-op of record enthusiasts ever gathered under one banner. There has been no expense spared packaging these, pairing the idea of the Art of Compilation with living and breathing art, creating little fortune cookies baked in a factory of forgotten dreams. Video games, pyramids, trading cards, matchbooks, a working planisphere, mazes, lottery tickets, film canisters, yearbooks, and various other exercises in design absurdity. “Escape From Synth City” is a hero’s quest worth of staccato synths, crack house Casios, off-brand drum machines, minimal Morricone, four-track fantasia, and a variety of other speculations on what the 1980s thought the future would sound like. Packaged in a 12″x12″ Nintendo Entertainment System-styled jacket, replete with game sticker, die-cut outer sleeve, debossed cartridge inner sleeve, and art from Numero’s first video game, playable from the comfort of your PC.

Apparat: LP5 (Mute) LP
For almost two decades, Sascha Ring has been one of the defining protagonists of electronic music. As Apparat he has explored the entanglement of programmed sounds and analogue instruments like no other; as part of Moderat (the trio he founded with Modeselektor’s Gernot Bronsert and Sebastian Szary), he has transformed this knowledge and art into an aesthetic of indulgence and sublimity. Apparat’s new album, his first release since 2013’s Krieg und Frieden (Music for Theatre), is sublime and delicate, finding greatness in small things and in unexpected twists, it joins musical fragments together and glows from the cracks in between: this is Sascha Ring’s best work to date. Like previous Apparat albums, the new release is essentially the result of collaboration between Sascha Ring and cellist Philipp Thimm and on the album you can also hear trombone, trumpet and saxophone, a harp, a double bass and other strings. John Stanier, the dancing dervish from math-rock outfit Battles, plays percussion and the songs were developed over endless group improvisations and lavish orchestral sessions. The music of Apparat is now music of enrichment, of omission and override; every melody, every sound is at the same time a palimpsest. “Sometimes,” says Sascha Ring, “we recorded hundreds of tracks and then reduced everything to a few dozen again.” But these “few dozen” are so delicately interwoven, as if they were samples that you rip out of context and throw back into a new frame. You are listening to someone who is able to step back and look at his own art as if he were looking at something that is rather alien, something he himself has to adopt and familiarize himself with anew, again and again: I is another in the music of Apparat.

Eric Copeland: Trogg Modal Vol. 2 (DFA) LP
Eric Copeland delivers Trogg Modal Vol. 2, the counterpart to 2018’s Vol. 1. The former Black Dice member’s ‘Freakbeat 4/4’ agenda gets further refined here – Vol. 2 is more laid-back than the first, but still highly danceable. Self-described as “late Night Flight proto tekno,” the tracks pulse with thick layers of percussion, melodic fever dreams, and riffs wrung through a taffy puller. Eric’s textured, off-the-cuff approach to dance music adds a refreshing element of spontaneity and ‘jamming’ to a climate of uncanny smoothness and polish. Where Vol. 1 was composed of “rippers,” Vol. 2 travels at its own pace, continuing to showcase Eric’s ability to recontextualize 4/4 tracks as psychedelic contortions, from the squelchy vibrations of “BS Dropout” to the blithe, video arcade soundtrack “High Score Zed.” Taken together, the two volumes of Trogg Modal showcase the versatility of one of the most continuously exciting experimental artists of the past 20 years – arriving in 2019 with his mischievous sense of adventure firmly intact.

Duster: Capsule Losing Contact (Numero) Box
Duster emerged from a cloud of lonely bong rips to take indie rock to the moon, and beyond. Scotch-taped guitars toggle between a chorus of brittle winter trees and a blanket of distorted fuzz. The low rumble of a cardboard box being kicked in a dead mall keeps pace in the background, as muffled, sung-spoken vocals ponder the great mysteries of modern mundanity. Three years of home recording accidents and blown-out 2AM studio experiments are spread across four LPs or three CDs, gathering the short-lived trio’s “Stratosphere” (1998) and “Contemporary Movement” (2000) albums, “1975” EP (1999), singles, demos, and other miscellaneous debris into one escape pod, now free to drift in the endless void of space. 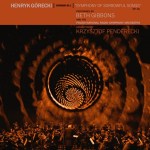 Beth Gibbons: Henryk Gorecki Symphony No. 3 (Domino) LP
Domino is extremely proud to present Henryk Górecki: Symphony No. 3 (Symphony of Sorrowful Songs) performed by Beth Gibbons and the Polish National Radio Symphony Orchestra, conducted by Krzysztof Penderecki. The performance took place at The National Opera Grand Theater in Warsaw on November 29th 2014, and was part of an evening of programming that also featured Jonny Greenwood’s (Radiohead) 48 Responses To Polymorphia and the world premiere of Bryce Dessner’s (The National) Réponse Lutosławski. Following an invitation to collaborate at the concert, Gibbons undertook an intense preparation process, including tackling the challenge of learning the original text (and the emotional weight it carries) without speaking the mother language. Typical to Beth though – the elusive yet iconic frontwoman of one of the most important British bands of the last two decades – the challenge was met and exceeded. Her performance alongside the maestro Krysztof Penderecki has been hailed as triumphant, as you can see and hear on this release. Standard LP is on 180 gram heavyweight vinyl with 4 panel booklet and download card. 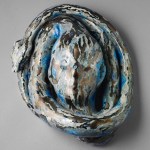 Steven Lambke: Dark Blue (You’ve Changed) LP
Dark Blue is a celebration of ritual, a series of creation myths, a document of disruption, an attack on colonialism, a lament for environmental ruin, and evidence of endurance and transcendence. It is a product of this time. Dark Blue marks the 10th anniversary of You’ve Changed Records, the label co-founded in 2009 by Steven Lambke and Daniel Romano. It’s a long overdue collaboration between these independent and prolific artists, as Romano brings the full array of his multi-instrumental skill and production talents to Lambke’s songs. Built out of a visceral swirl of narrative images, Dark Blue combines evocative poetry with a loose, confident energy, and guitar work reminiscent of Lambke’s long career with indie legends The Constantines (Sub Pop Records). Dark Blue is as intimate as a prophecy, as resonant as a revelation.

Ronald Mesquita: Bresil 72 (Mr Bongo) LP
Classic Brazilian album from master drummer, Ronald Mesquita, originally released in 1972. Featuring songs by Jorge Ben, Antonio Carlos-Jobim, Gilberto Gil, Edu Lobo and others. Mesquita is probably most well-known for playing with Luis Carlos Vinhas and his ‘Bossa Tres’ outfit, along with his own group, ‘Ronie E A Central Do Brasil’, that he formed after his return from the US in the early 1970s. He also played on several songs on Tenorio Jr.’s ‘Embalo’ album that Mr Bongo recently reissued. The killer track ‘Balanca Pema’ was very big in the Jazz Dance scene in the 90s and also featured on the Mojo compilation ‘Dancefloor Jazz Volume Four’. Madlib sampled ‘Balanca Pema’ on his Medicine Show Number 2 ‘Flight to Brazil’.

Rema Rema: Fond Reflections (4AD) LP
Cult band Rema-Rema featured former members of The Models and Siouxsie and The Banshees, and their much-loved Wheel in the Roses EP (1980) was among the first records to be released on 4AD. Their only contribution to the label’s storied history, they split-up before its release, going on to form or join bands as diverse as Renegade Soundwave, The Wolfgang Press, Mass, and Adam and the Ants. The debut album that never was, Fond Reflections, comes almost forty years after their debut EP and has been culled from the band’s rich archive of reel-to-reel and cassette recordings, with member Gary Asquith and mixing engineer Takatsuna Mukai painstakingly working on them to make the album as cohesive as possible. The ten tracks pretty much reflect the band’s live set and is the closest to what their debut could have sounded like. Although all of their 1980 EP tracks are present, they all come from different recordings.

Rob: s/t (Mr. Bongo) LP
The Accra-born pianist and frontman only released a few albums in small quantities, yet two of them are among the most sought-after records from 70’s Africa. This was the first. So what do we know? After learning his craft in Benin and playing with the likes of Orchestre Poly-Rythmo de Cotonou, ROB returned to Accra to write his own material and find a sound. Hooked on the driving funk and raw soul of stars such as James Brown and Otis Redding, he would often imitate his heroes on his father’s piano during school holidays. The title track sets the pace with a JBs-like rhythm, ROB almost shamanic with his sparse yet commanding vocal. The organ and wahwah guitar spin us out before those imperious horns bring us back in. And what better way to close this set than with ‘More’, swept up in a call and response between Rob and his backing singers as a ‘Blow Your Head’ synth flares and the brass blasts. Good times guaranteed. As the man himself says, “Funky music is in my blood. What you hear is the coming out of my mind.” No one sounds like Rob, because there is no one like Rob.

Son Volt: Union (Transmit Sound) LP
Jay Farrar channels folk music’s enduring legacy of the troubadour on Son Volt’s ninth studio album, Union. “There are so many forces driving our country apart,” observes Farrar. “What can we do to bring our society back together?” Initially intended to be an entirely political statement, Union morphed into a combination of politically inspired material balanced by a cluster of new songs reflecting the power of love, time and music that sustains us. “While Rome Burns” emphasizes finding unity during times of turmoil while an album highlight, “Devil May Care,” offers the distraction we need, an effusive tribute to the fun of playing and creating music. A unique aspect of Union is that eight of the thirteen songs were recorded at places associated with two figures in American history whom Farrar considers important – labor and community organizer Mary Harris “Mother Jones” and iconic folk hero Woody Guthrie. Three songs were tracked at the Mother Jones Museum in Mount Olive, Illinois and four others were recorded at the Woody Guthrie Center in Tulsa, Oklahoma. The legacy of Woody Guthrie helped to inform Union’s closing song “The Symbol” which was inspired by Guthrie’s classic “Deportee” (“Plane Wreck at Los Gatos”). Union features long time band members Mark Spencer (piano, organ, acoustic slide, lap steel, backing vocals) Andrew DuPlantis (bass, backing vocals), returning member Chris Frame (guitar), as well as newest member Mark Patterson on drums and percussion. 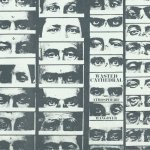 Wasted Cathedral: Atmospheric Hangover (Cardinal Fuzz) LP
In tomorrow…. Cardinal Fuzz are proud to present for your listening pleasure – Wasted Cathedral ‘Atmospheric Hangover’, as a very limited 200 vinyl pressing. Following up on his acclaimed releases for Adhesive Sounds and Prairie Fire Tapes, Wasted Cathedral is the solo project of Saskatoon-based musician Christopher Laramee (Shooting Guns, The Switching Yard, and The Radiation Flowers). ‘Atmospheric Hangover’ is a compilation of tracks from the last couple of years , engineered by Josh Rohs (who also contributes electronics on Freeway) and Barrett Ross and with Clayton Linthicum adding some divine acoustic guitar. On ‘Atmospheric Hangover’ Chris Laramee melds the vibe of extended disco edits, film music and endless drift, maybe if Flying Saucer Attack scored a Michael Mann crime flick it would sound like this? With Pills, Thrills and plenty of Loops – ‘Atmoshperic Hangover’ is some serious late night headphone ear message for all you insomniacs.