isn’t it swell that fall came back?! now we can wear shorts and make snowmen at the same time! wonderful. anywho… hope you’ve been saving your pennies, cuz there’s a ton of cool stuff in this week, and some of them are boxsets, which are never cheap, but always awesome! come on down and say hi.

*dariush dolat-shahi – electronic music, tar and sehtar – dead-cert – lp
– “this release will undoubtedly be met by the same deep breaths that have been shared by the small group of collectors who, over the past few years, have held original copies of this rare folkways release in such high regard. in simple terms this lp is the kind of record you wished existed while nothing really came close to the mark. respectfully and subtly combining traditional persian instrumentation, modular synth exercises, field recordings and tape manipulation — this debut release from 1985 by dariush dolat-shahi bridges multiple cultural and stylistic voids and vindicates the vinyl-buying market’s disparate interests in bygone eastern experimental rock music, radio-phonic experiments, musique-concrete, sound design, neo-tantric meditational records and other early accidental acidic electro murmurs. for those who enjoyed the re-contextualized music of ilaiyaraaja and charanjit singh while holding tight to the legacy of pierre schaeffer, daphne oram, ilhan mimaroglu, and harbor penchants for all things drone, teutonic, electronic, demonic, and euphoric, this record has just changed all your plans for the weekend. a perfect primer for the aforementioned labels and a proud indication of what to expect from this eternally studious camp in 2013. this facsimile/reproduction of the original album is housed in a deluxe hand-made smithsonian-style oversized outer with wrap-around print.” essential! 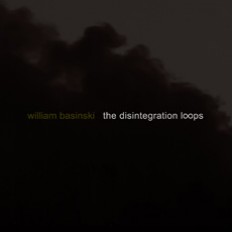 *william basinski – the disintegration loops – temporary residence – 9lp+5cd+dvd+book boxset
– finally after 10 years, this massive collection is available in one super deluxe boxset… “for a collection of music built around the poignant inevitability of decay, there has been a great many hopeful and inspired words devoted to william basinski’s the disintegration loops: stunning, ethereal, majestic, transfixing, life-affirming… and for good reason. from its 20-year gestation period to its infamously fateful completion, the disintegration loops is one of the most powerful manifestations of the inevitable cycle of life ever committed to tape, even as it documents the inevitable decay of all that is committed to tape. the very passage of time is its most effective instrument. to mark the 10-year anniversary of its original release — and its forthcoming induction into the 9/11 memorial museum this year — temporary residence ltd. is honored to collaborate with william basinski in presenting the disintegration loops in a fashion truly befitting a library of music with such a lasting legacy. this massive limited-edition box set contains all four historic volumes, plus a pair of stunning live orchestral performances from the metropolitan museum of art, and the 54th venice biennale, both previously unreleased. remastered from the original recordings and pressed onto 100% virgin vinyl for the first and only time, this exquisite box set also includes all of the remastered recordings on 5 cds, the extremely rare 63-minute the disintegration loops film on dvd, and a 144-page full-color coffee table book featuring rare photos taken during the making of the disintegration loops, and liner notes by basinski, antony, david tibet of current 93, ronen givony of the wordless music series, and michael shulan, creative director of the national september 11 memorial museum.”